“RMS Empress of Britain under constrution” 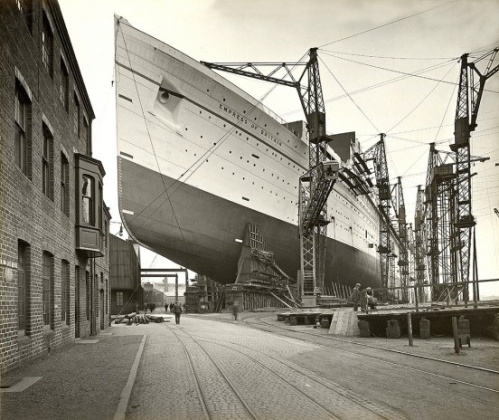 “The RMS Empress of Britain was an ocean liner built between 1928 and 1931 by John Brown shipyard in Scotland and owned by Canadian Pacific Steamship Company, providing trans-Atlantic passenger service between Canada and Europe from 1931 until 1939.

“She was torpedoed on 28 October 1940 by U-32 and sank. She was the largest liner lost during the Second World War and the largest ship sunk by a U-boat.”